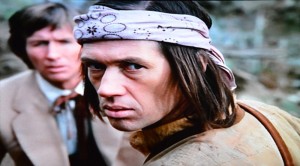 This January, The Martial Arts History Museum in Los Angeles will host a free event where the press and many well-known martial artists will celebrate the unveiling of new contributions to the Museum, including: the Jacket from the Kung Fu television series; the actual Gopher Chucks from the 2002 cult comedy film Kung Pow: Enter the Fist; the guns from Big Trouble in Little China; and the ribbon cutting for the Museum’s new Anime Section.

The event will feature the actual actors from the Kung Fu TV series including Doug Wong, Kam Yuen and James Lew, along with a special guest who will cut the ribbon. Also attending will be Kung Pow: Enter the Fist star Steve Oedekerk, as well as some of today’s top animators.

The Media Day will take place on January 10, 2015, from 6PM to 9PM. The Martial Arts History Museum is located at 2319 West Magnolia Blvd. in Burbank, California.

Find out more info on this event at martialartsmuseum.com.