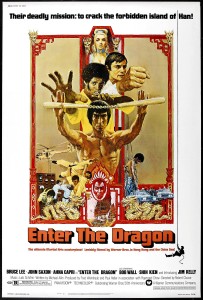 This is a press release I just received regarding a special tribute in Los Angeles for Jim Kelly. The free event will feature appearances by Kelly’s Black Belt Jones co-star (and James Bond’s first African-American love interest) Gloria Hendry, his co-star from Three the Hard Way Fred Williamson, his Enter the Dragon co-stars Bob Wall & John Saxon, along with black belts from all over performing martial arts demonstrations.

The event takes place on July 27th at the Barbara Morrison Performing Arts Center, located at 4305 Degnan Blvd. in Los Angeles, California, from 2 PM to 4 PM. Included on the list of activities is a Red Carpet. Since the event is currently being organized, I imagine additional celebrities and activities will be added in the coming days. I will update this posting with any new information I receive.

Read the entire press release, below:

GrandMaster James Milton Jim The Dragon Kelly died of cancer at the age of 67 in San Diego, CA on June 29, 2013. He was the first African American International Martial Arts star appearing in films such as Enter the Dragon alongside Bruce Lee. His film credits also include Black Belt Jones, Three The Hard Way, Black Samurai, The Tattoo Connection and many more.

GrandMaster Kelly was also well-rounded athlete. In addition to being a martial arts champion, he also played football, basketball, tennis and ran track. He had a successful dojo in Los Angeles, choreographed fight scenes for some of his own movies, and later coached tennis professionally. GrandMaster Kelly inspired and gave hope to young people.  With his Afro, good looks, charisma and famous one-liners, he was the epitome of style. Some of his one-liners included “Man you come right out of a comic book,” “Oh, so you’ve been practicing huh,” “a human fly” and “you better ask somebody.”

Grandmaster Eric O’Neal, GrandMaster Robert Parham, Bob Wall from Enter the Dragon with Bruce Lee, and Dr. Frank DeGourville have put together a tribute to one of the greatest martial artist of all times. This event will feature Gloria Hendry – star of Black Belt Jones, Fred Williamson – star of Three The Hard Way, Bob Wall – star of Enter The Dragon, and John Saxon – star of Enter the Dragon; with black belts from all over performing martial arts demonstrations.

GrandMaster Jim The Dragon Kelly’s life will be celebrated with a Red Carpet Tribute on July 27th. We are asking all of Los Angeles to come out and celebrate with us at this free event at the Barbara Morrison Performing Arts Center at 4305 Degnan Blvd in Los Angeles, CA from 2 PM to 4 PM.

All proceeds from the event will go to the American Cancer Society. You can also help by donating directly.