Organizers of the Tropfest Short Film Festival are about to open their 2013 Call for Entries. Tropfest was established to encourage production. Founders of the event say that Tropfest isn’t just about showing films – it’s about making them. The goal is to provide indie filmmakers with the opportunity to showcase their work to as wide an audience as possible, not only with the premiere your film will receive if selected for Tropfest, but also by utilizing a variety of distribution outlets following the festival.

All filmmakers must adhere to the following guidelines:

With the above in mind, you can get started on your 2013 entry now and be sure to keep an eye out for specific entry details on the Tropfest website.

Information, detailed guidelines and entry forms can be found tropfest.com. 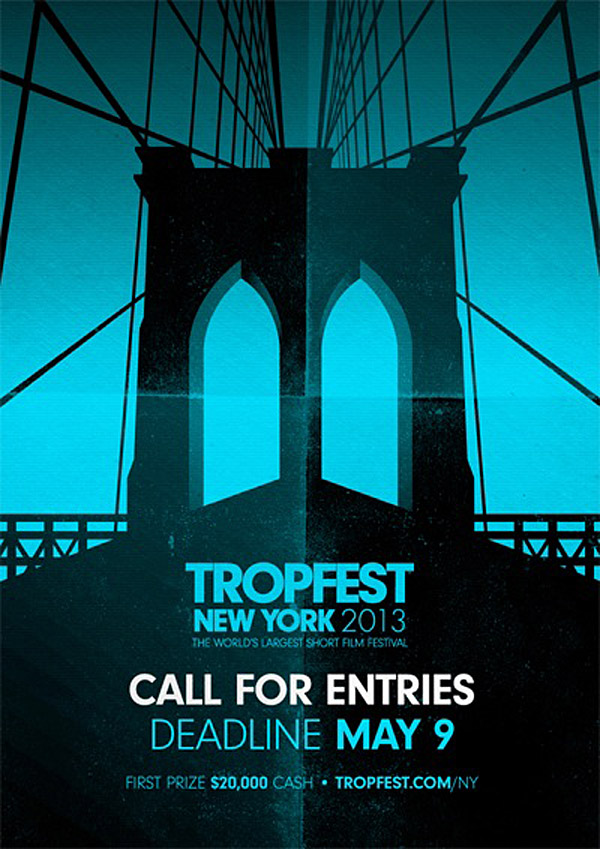