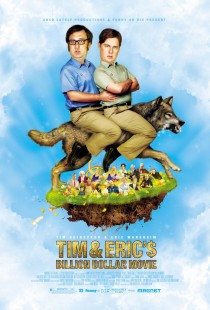 Will Ferrell, Adam McKay and Chris Henchy’s popular website Funny or Die, along with CAA and others, is teaming with producer Scott Steindorff and Scott Pictures to form a multiyear partnership to create of a slate of feature-length comedy films, according to THR. The goal is to produce two to three pictures a year. Funny or Die launched as a website in 2007 and with a mix of professional and amateur short films, has grown into a digital studio with staff writers, directors and comedians. It generates more than 60 million page views a month, has 20 million unique views a month and holds the attention of more than 5 million Twitter followers.

Steindorff’s credits are far from humorous, with credits such as the Matthew McConaughey legal drama The Lincoln Lawyer and his Scott Pictures is prepping the Western genre movie Jane Got a Gun, which will star Natalie Portman and Michael Fassbender. But Steindorff’s company will bankroll the low-budget movies that will be made by Funny or Die’s stable of talent. The company then will use its website to market and sell the films and try to attract theatrical distributors.

According to those close to the deal, the plan is to take what the company has mastered – the celebrity online video made in one or two days – and expand that into a 15- to 20-day film production. Funny or Die already produced last year’s Tim and Eric’s Billion Dollar Movie, though that movie was actually created by comedians Tim Heidecker and Eric Wareheim, who wrote and directed it. Tim and Eric’s Billion Dollar Movie was released in theaters by Magnet Releasing and didn’t do well, but was not a money-loser because of the small budget. Scott LaStaiti will oversee the venture for Scott Pictures, while Funny or Die’s creative director Andrew Steele and president of production Mike Farah will oversee for the company.