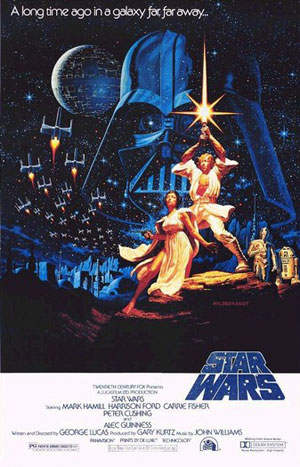 Collider has posted a report they’re currently labeling as “rumor” that Matthew Vaughn, director of Kick-Ass, Stardust, Layer Cake and X-Men: First Class, is in negotiations with Lucasfilm to direct Star Wars: Episode VII. Acording to the report, that’s the main reason he bailed on the X-Men sequel, of which Bryan Singer is now at the helm.

As most of you know, last week Disney purchased Lucasfilm for $4.05 billion dollars and immediately announced a 2015 release date for Star Wars: Episode VII. Soon after, a bunch of interviews were released featuring Disney CEO Bob Iger and George Lucas talking about the business deal, as well as Lucasfilm president Kathleen Kennedy and Lucas discussing Star Wars: Episode VII, revealing that they’ve already met with writers for the new film. This increases the likelihood that development on Star Wars: Episode VII has been going on for some time.

The report also suggests that if this deal does happen, it would be similar to the one Marc Webb has on Spider-Man, where they’ll handle things on a film by film basis, with the assumption that if the first film is a success and he wants to come back, he could.

Additionally, Collider also reports, with more certainty, that with the avalanche of Star Wars news since Disney’s purchase of Lucasfilm, it now looks as if Harrison Ford is open to reprising the role of Han Solo in the planned sequel trilogy. Apparently Mark Hamill and Carrie Fisher had met with George Lucas over the summer to discuss the possibility of continuing the Skywalker family story. Now Ford may be willing to complete the trio as the first movie of the new trilogy creeps closer to the 2015 release date.

All of this sounds super-exciting to me, let’s see what happens over the coming months, as things shape up for Star Wars: Episode VII.