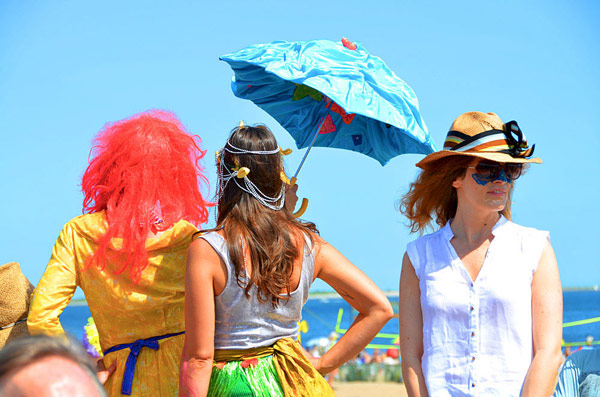 Rooftop Films has an incredible lineup of screenings next week. On Monday, see New York short films on the edge including Benny Safdie’s The Black Balloon, right on the beach in Coney Island. There will also be a selection of shorts from the prestigious French short film festival Clermont-Ferrand in Downtown Brooklyn. Things get topped off by The Argentinean Lesson, which is described as a moving docudrama about young love, which will screen on Saturday in Gowanus.

Check out the complete schedule, below, along with links to additional info.

Edge of the City: Underground NY Shorts by the Sea
Coney Island Flicks on the Beach continues with a free screening select underground short films from New York. Join Rooftop Films, NYC & Company, and the Coney Island Development Corp. every Monday for amazing films, music and more on the beach.

Venue: On the Beach at Coney Island
Address: 3059 West 12th Street, Brooklyn, Take the D, F, N or Q train to Coney Island, walk to the beach and make a left.

Clermont-Ferrand Short Films
As long-time supporters of the short as its own distinct medium, Rooftop is proud once again to collaborate with Clermont-Ferrand on a program of genre-bending animation, documentary and experimentations.

The Argentinean Lesson
(Wojciech Staron, Poland, 56 min.)
Captured in breathtaking 16mm film, an eight-year-old traveling from Poland to Argentina meets Marcia, a beautiful and brave young girl, 11 going on 30. Q and A with filmmaker Wojciech Staron.

Venue: On the roof at The Old American Can Factory
Address: 232 Third Street, at 3rd Ave. Brooklyn, F/G to Carroll St. or R to Union