Included in the TV-related panels at New York Comic-Con 2011, The Science Channel will present an all-star lineup with appearances by: The cast of Oddities including Evan Michelson, Mike Zohn and Ryan Matthews, along with a preview of what is to come in Season 3. In addition, Rod Roddenbery will show exclusive, world premiere footage from the upcoming Science Channel documentary Trek Nation. The highlight of the event will be Ridley Scott’s special announcement about his new series Prophets of Science Fiction. 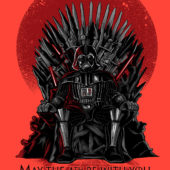