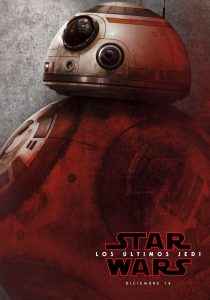 CNNMoney reports that one of the largest movie chains in the U.S. has a plan to fill more seats in its theaters, a move that comes as Hollywood is in the middle of a box office slump as more people stay home to watch Netflix, Amazon and cable. Today Cinemark launched “Movie Club,” a monthly plan that allows fans buy a movie ticket per month for a discounted price of $8.99. It also allows members to roll over unused tickets every month, bring friends at the lower price and offers bargains on concession stand items. Cinemark owns nearly 350 theaters in the U.S., amounting to more than 4,500 movie screens. The company also owns about 200 theaters with nearly 1,400 screens in Latin America.

CEO Mark Zoradi told CNNMoney that the new pricing program is geared toward Millennials. He added that Cinemark has been researching the idea of a monthly service since the beginning of 2017 and evidence confirms that most consumers want the ability to stockpile discounted tickets.

According to the report, Movie Club differs from a service called MoviePass, which introduced a $9.95 a month plan this past August that offers an unlimited number of movies in theaters. It subsequently rolled out a limited time annual plan offering for $89.95 as well. MoviePass buys tickets from Cinemark and other chains, then resells them to consumers at a discount. It’s a better deal if you don’t buy the pricey popcorn or sodas.

These programs come after several big duds at the box office this summer, with little hope that even Star Wars: The Last Jedi will end the 2017 movie season on a high note.

Zoradi also conceded that it was important to make the theater experience more than just movies, in order to get people through the doors. That means better food and alcohol options, reclining seats and other luxury items.