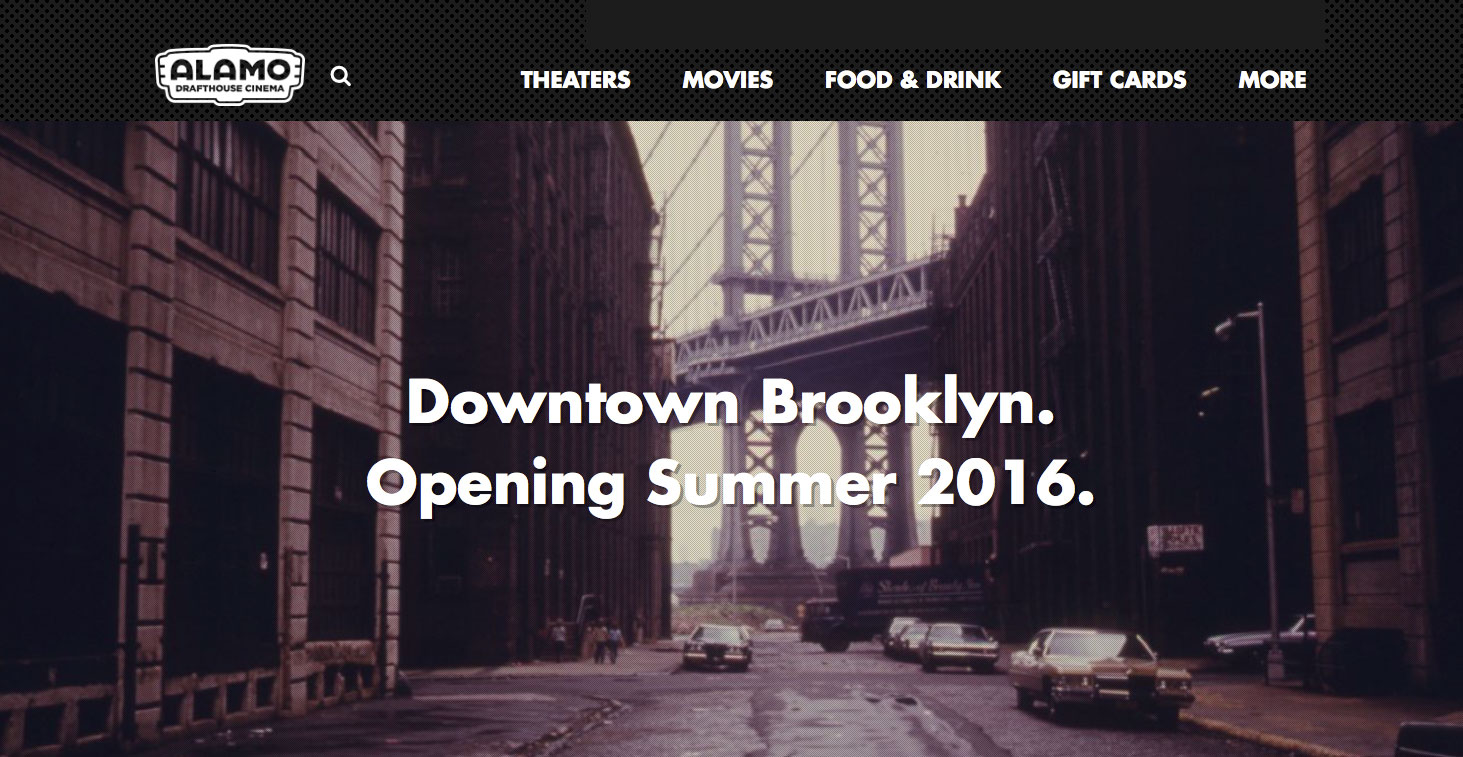 Currently in its final phase of construction, the flagship theater, located at 445 Gold Street – at the intersection of Fulton and Flatbush Avenues – is being described as a “movie-lover’s paradise” and will feature seven screens celebrating all forms of cinema. True to the brand’s roots, Alamo Drafthouse Downtown Brooklyn will feature a diverse programming slate blending arthouse and independent releases with Hollywood blockbusters. With the ability to screen both 35mm film and digital formats, the theater will also boast a robust repertory program that salutes the classics and the obscure with equal fervor.

“It’s been a long time coming but we cannot wait to bring the Alamo Drafthouse experience to Brooklyn,” said Alamo Drafthouse Founder and CEO Tim League. “The impact on film from this region is indelible and expansive. Hopefully, we can add to that rich fabric and give fans, new and old, a place to honor the joy of cinema.”

While this new location will feature the Alamo Drafthouse’s signature series Terror Tuesday, Video Vortex and Girlie Night, the programming will also champion the distinct tastes of Brooklyn and New York audiences. “As a local and avid moviegoer myself, I know New Yorkers are equally excited for the latest from Pixar as they are the first from Michael Haneke,” says Brooklyn Creative Manager Cristina Cacioppo. “This city has the most adventurous audiences of anywhere in the world and our screens will be reflective of that.”

Like all of the company’s theaters, Alamo Drafthouse Downtown Brooklyn will match its love of movies with its love of food and drink to provide in-theater dining in all seven screens featuring a full menu influenced by local flavors and ingredients. The theater bar will also showcase local beers cocktails. Additionally, the “no-talking, no-texting” policy will be in full effect, along with unique special events, multi-course film feasts, live performances and the extensive participation of filmmaking talent.