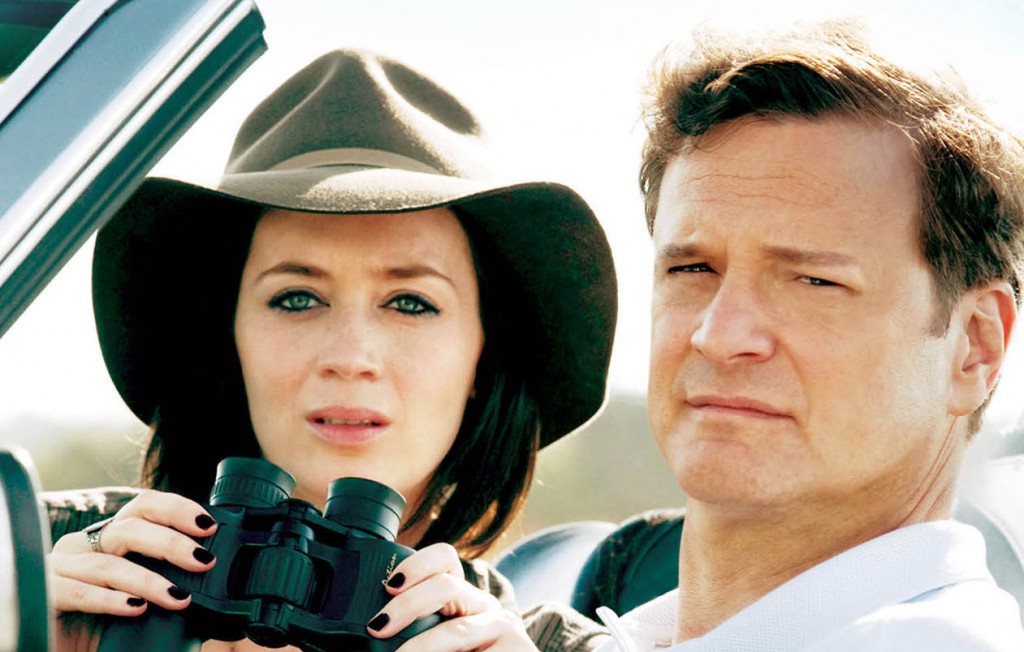 Cinedigm just released the Colin Firth and Emily Blunt romantic road film Arthur Newman across all digital sell-thru platforms, and will release the movie on Blu-ray Combo Pack, DVD and On Demand September 3rd. To celebrate the release of Arthur Newman, Film Fetish is giving away 3 copies of the Blu-ray edition to readers.

In order to have a chance to win a free copy of Arthur Newman on DVD:

“Like” this posting using the Facebook button above the text, PLUS make sure you’ve “Liked” our Facebook page at Facebook.com/filmfetish. Lastly, post the names of your 2 favorite World War II films on our Facebook Timeline and make sure to mention “I just entered the Arthur Newman Blu-ray Contest @filmfetish” in your post. Your entries will not be accepted if you do not follow these instructions and please note that we check profiles to assure fairness. So please do not create multiple profiles or “contest” profiles in order to enter.

Wallace Avery (Colin Firth) hates his job. He’s blown his one shot at living his dream and his relationships are in shambles. Not wanting to face his life, he stages his death and purchases a new identity as Arthur Newman. His hope-filled new existence is soon interrupted by beautiful, reckless and exciting Mike (Emily Blunt). Together they hit the road, not only stealing the identities of those they encounter, but engaging in an elaborate game of role play and crime that leads far from home. Written by Academy Award nominee Becky Johnston (Best Writing, Screenplay Based on Material Previously Produced or Published, The Prince of Tides, 1991).

Check out a gallery of still images from Arthur Newman, below.