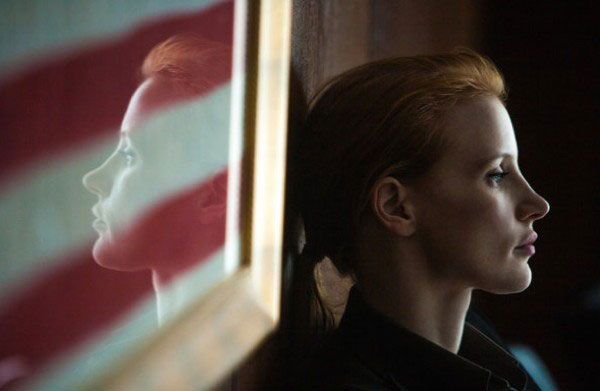 Golden Globe-winning and Academy Award-nominated actress Jessica Chastain will appear this Friday, February 8th at 3:00pm at the Elinor Bunin Munroe Film Center Amphitheater for a free conversation that is open to the public. Tickets will be released by the box office on a first-come, first-served basis an hour prior to the conversation.

Jessica Chastain is a noted alum of the Drama Division at The Juilliard School. Since graduating from the school with a BFA in 2003, she has received major accolades for her roles in notable films like Coriolanus, The Debt, Lawless, Take Shelter, The Tree of Life and The Help, for which she was nominated last year for an Academy Award. She can currently be seen in Mama and Zero Dark Thirty, for which she recently won the Golden Globe for Best Actress in a Drama and is currently nominated for Best Actress for the upcoming Academy Awards, as well as finishing up her Broadway-debut turn in The Heiress, which closes February 9.

For those unable to attend in person, video from the event will be available online at FilmLinc.com.