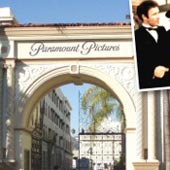 Former Paramount vice president and Variety editor-in-chief Peter Bart takes readers on a wild ride through the inner workings of Hollywood in the late-1960s and early 70s when he was a top production executive at the famous studio, working for Robert Evans, in his new book Infamous Players: A Tale of Movies, The Mob (and Sex). Bart tells the inside stories about this unique cultural moment and offers remarkably candid accounts and racy tales from those who ran Hollywood as it had never been run before. The films released by Paramount pictures, on his watch, between 1967 and 1975 remain some of Hollywood’s finest achievements, including: The Godfather, Parts I and II; The Conversation; Chinatown; Rosemary’s Baby; Harold and Maude; Love Story; Serpico; Goodbye Columbus; Paper Moon; Save the Tiger; and True Grit.

To celebrate the release of Peter Bart’s Infamous Players: A Tale of Movies, The Mob (and Sex), FilmFetish is giving away two copies of the book to readers.

In order to be entered the Infamous Players random drawing:

I’ll be running the Infamous Players contest through Friday, May 25, 2012. 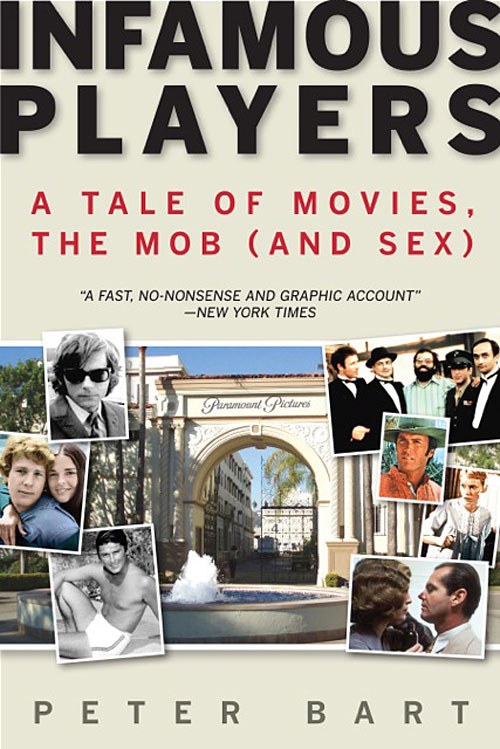 The projection room was dark except for the surreal images dancing across the screen. There were twenty plush seats, but I was the room’s only occupant. The voices of the two actors on the screen resonated in the empty room as they enacted their scene over and over again but their performances were utterly robotic, as though they were channeling lines that were completely alien to their inner thoughts.

I was watching rushes, or dailies, as they are called, and I was alone because none of my colleagues were willing to share this ordeal. I was the most junior member of the executive staff and hence was delegated this dubious responsibility. The scene I was reviewing had been shot two days earlier and would ultimately become a key moment in a lavishly expensive movie titled Darling Lili.

It starred Julie Andrews and Rock Hudson, playing lovers brought together in France amid the rigors of World War I. And that, indeed, was the problem that I was observing­ – Andrews and Hudson as lovers. According to the script, Andrews, a spy, was assigned to seduce Hudson, an American war hero, to elicit important war secrets, but their supposedly steamy love scene had as much fizzle as day-old beer.

Julie Andrews, totally believable as the faithful governess in Mary Poppins, was never a threat to Marilyn Monroe as a sex goddess. As for Hudson, his predilection for men was becoming widely suspected in Hollywood. Their mutual disinterest, if not distaste, was abundantly visible in take after take as they embraced and kissed and then, when the director yelled “cut,” they wiped their lips and breathed a sigh of relief. The director, Blake Edwards, was Andrews’s husband, and he obviously empathized with his wife’s dilemma, but still, the scene was an important one, and a semblance of passion had to be generated, irrespective of how many takes it would require.

I watched five takes and could not cope with any more. As I exited, I noticed the door to the projection booth was ajar. “Those two really have the ‘hots’ for each other,” called out the projectionist, his tone heavy with sarcasm.

I smiled, but I also found myself wincing. What was I doing here? How did I reach the point in my alleged career when I was witnessing two stars feign passion — actors who clearly wanted nothing to do with each other?

Had my life become this surreal?

I would find myself asking that question again some four years later at perhaps the defining moment of my Paramount odyssey. After a tortured period of preproduction, The Godfather was about to start shooting in New York. The fortunes of the fabled studio rested in the hands of Francis Coppola and his balky star, Marlon Brando. The corporate apparatchiks at Paramount’s parent company, Gulf & Western, were openly skeptical about the project. Their nervousness was shared by representatives of New York’s Italian community who believed that the movie would reflect badly on them, and they were making their feelings felt in a variety of ways. A bomb threat forced the evacuation of the Gulf & Western headquarters building on 58th Street. Robert Evans received a threatening phone call. A committee from an Italian-American group demanded to read the script, and members of one of the prominent Mafia families sent out word that they wanted to be involved in the casting process.

Charles Bluhdorn, the chairman of the G & W conglomerate, was in a frenzy of anxiety, and Evans shared his agitation because he was receiving admonitions of caution from his new best friend, Henry Kissinger, the top adviser to President Nixon. Ponderous and reserved, Kissinger had become a fairly regular visitor to Evans’s house, and Evans was seeing to it that his evenings were spent in the company of beautiful women. Kissinger had been on edge about the impact of column items identifying him with Evans, but now, as word of Mafia pressures leaked to the press, his concerns took on an added dimension.

The rumblings about The Godfather worried Charles Bluhdarn for still another reason. Even as his company was producing a movie about the Mafia, he was in negotiation with financiers who had close ties to the mob community – ties that were more obvious, if not to Bluhdorn, to government inves­tigators.

So this was, in a sense, a perfect storm. The studio was exposing the Mafia at the very time when its corporate parents were engaged in dealings with them. And meanwhile, the top power player in the Nixon administration was partying at the home of the chief of production.

Again I wondered, how did I get to this place?

Author Bio
Peter Bart, author of Infamous Players: A Tale of Movies, The Mob (And Sex), spent seventeen years as a film executive (at Paramount, MGM, and Lorimar Film Co.), only to return to print as editor in chief of Variety. Along the way, he was responsible for seven books, including Shoot Out, written with Peter Guber. He is now the host of Movie Talk, a weekly television show broadcast here and abroad.