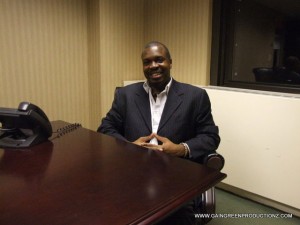 Born in 1973, Shomari Green – who began composing music at the age of thirteen – has worked “in-house” for the IcreeUPree Management Team, working with such artists as; Imessiah Soul, The Odd Kuple, Story (John Tavar Entertainment), and most recently formed the publishing company Platinum Lollipop with Blaz, after a successful remix co-production of his song “Metaphysical Grace”. The duo is currently filling a catalogue of songs for sale, as well as working together writing songs for Blaz’ upcoming record.

Find out more about Shomari Green at gaingreenproductionz.com.