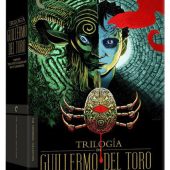 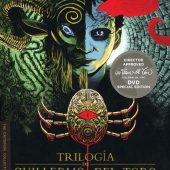 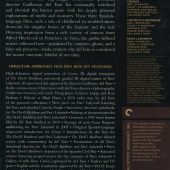 Throughout a career that encompasses both visually arresting art-house hits and big-budget Hollywood spectacles, director Guillermo del Toro has continually redefined and elevated the horror genre with his deeply personal explorations of myths and monsters. These three Spanish-language films, each a tale of childhood in troubled times, showcase his singular fusion of the fantastic and the real. Drawing inspiration from a rich variety of sources, from Alfred Hitchcock to Francisco de Goya, the gothic-infused stories collected here—populated by vampires, ghosts, and a fairy-tale princess—make evident why del Toro is considered the master cinematic fabulist of our time.

Guillermo del Toro made an auspicious, audacious feature debut with Cronos, a highly unorthodox tale about the seductiveness of the idea of immortality. Cronos is a dark, visually rich, and emotionally captivating fantasy.

Set during the final week of the Spanish Civil War, The Devil’s Backbone tells the tale of a twelve-year-old boy who, after his freedom-fighting father is killed, is sent to a haunted rural orphanage full of terrible secrets.