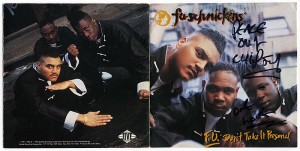 Groundbreaking photographer and filmmaker Henry Chalfant is trying to produce a new version of the iconic documentary Style Wars, with never-before-seen footage from the original interviews and graffiti art from early hip hop pioneers. I mention this because of the many parallels between the emergence of hip hop culture and the skyrocketing popularity of martial arts films during that era. Early b-boys were heavily influenced by the moves performed on screen by the legendary Bruce Lee, Jim Kelly, Carl Scott, Dragon Lee, Billy Chong, The Venoms, Ron Van Clief and others, and integrated those moves into their early routines. I also interviewed very influential rappers who have confirmed the influence of Asian culture and films on their hip hop music and urban culture.

There’s much more to this story that will be revealed in Blvd. Warriors. But for now, please support Henry Chalfant’s new project (and hopefully mine, too!).

Check out a video message from Henry Chalfant below, along with footage from the legendary cult classic – Style Wars.

Style Wars is currently available on DVD. I have a version from around 2006, called Style Wars Revisited, which had some nice extras, including new interviews with some of the artists profiled in the original film. There was also a slideshow of trains, some of which were done after the original film was shot. Get Style Wars on DVD at Amazon RIGHT HERE.