The primary audience for the net will be African Americans and Hispanics.

The BBTV network is set to launch in 2009, and will run a wide range of scripted, unscripted and news programming, including drama and comedy series, movies, animation, reality, politics, sports and entertainment news, teen programming, and “responsible” hip-hop music and videos.

Production on BBTV programs has already started in California, New York, Louisiana and Florida, and the upstart channel is in the process of purchasing local cable channel affiliates across the U.S. 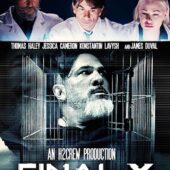