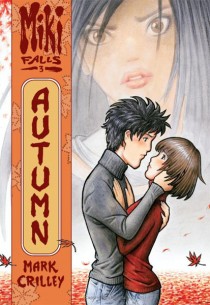 According to Variety, Brad Pitt’s Plan B production shingle, and Paramount pictures, have nabbed the feature rights to a four-volume manga series called Miki Falls, created by illustrator Mark Crilley, who also created the Akiko series of novels and comics.

The story follows the final year of high school for a girl named Miki Yoshida, as she attempts to get close to a handsome new student named Hiro Sakurai, who’s not interested in making friends. Stubborn Miki, refuses to take no for an answer, which leads to the discovery of a dangerous secret about the secretive young man.

The original series is told in the span of four books, each spanning a calendar season of the year.