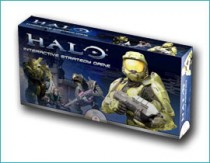 The Weinstein Company is bringing cast members from many of their upcoming DVD releases to Comic-Con, plus highlighting an assortment of hotly-anticipated and fan-favorite movies. At their booth, fans will find details on Dimension Extreme DVDs including horror titles Feast 2, Wizard of Gore, Zombie Diaries, Pulse 2, Rogue, Dario Argento’s Mother of Tears and Rob Zombie’s Halloween Collector’s Edition, plus action flick Hell Ride and the teen sex comedy Extreme Movie. There will also be previews of martial arts titles from Dragon Dynasty including new releases of classics like Tai Chi Master, The Rebel, Fist of Legend and Battle of the Warlords.

If that’s not enough to gorge your fanboy soul on, you’ll also see first-hand the new Halo Interactive Strategy Game.

This is all happening at Booth #3945, Genius Products and The Weinstein Company.

The when of it all:
Halo Interactive Strategy Game developers Brian Johnson and Andy Steiner will be available for interviews on Wednesday, July 23 and Thursday, July 24.