Variety reports that Robert Downey Jr. has committed to star in Sherlock Holmes, the reinvention that Guy Ritchie is directing for Warner Brothers.

Uber-producer Joel Silver (The Matrix Trilogy) is going to be calling the shots on the upcoming feature, which is based on Sir Arthur Conan Doyle’s classic tales, and the Sherlock Holmes comic series.

Downey will also soon be starring in the Joe Wright film The Soloist, with Jamie Foxx, and will be reprising his Tony Stark persona in Iron Man 2 for Marvel, with Jon Favreau back at the helm. 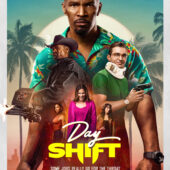