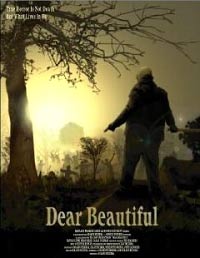 I hadn’t heard of the film Dear Beautiful before about 20 minutes ago. But after watching the trailer I did some research, and found the original animated short by Roland Becerra, that the upcoming feature-length animation, is based on. WOW! It brings to mind memories of the Animatrix and Akira for me.

The original short film screened at last year’s Toronto After Dark Festival to rave reviews, and Moving Pictures Film and TV has given the visionary director some coin to make a feature film based on the original.

I’m glad to see creativity still has some life in the states. I hope people support that creativity by going to see the finished product. Best of luck with this project, to all involved.

The sudden appearance of exotic flowers in New Haven spawns an unprecedented epidemic rumored to be the result of a botched experiment by cosmetics giant, V-Zone. Paul and Lauren, a married couple, are caught between the catastrophe and their own troubled relationship when Lauren encounters one of the flowers and becomes infected. As her symptoms worsen, Paul’s denial of Lauren’s illness puts the couple in grave danger as the city is overrun with infected people, media frenzy, National Guard, protesters and a panicked populace. Struggling to maintain a normal daily life, Paul engages in a battle of wills with his best friend and business partner, Roger, as Paul tries to deny his wife’s condition and Roger tries to take matters into his own hands. As the epidemic reaches a climax, Paul must confront the reality of his situation as well as the monster his friend has become.

You can watch the trailer below.

CLICK HERE to watch the entire original short film the movie is based on. 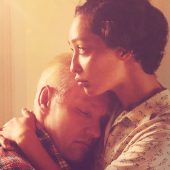