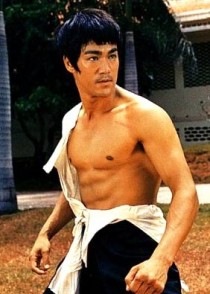 Variety has posted a story about a Bruce lee museum that is being prepped in Hong Kong. Sadly, the project continues to have hurdles, including a lack of funding by local officials.

Apparently, the museum is poised to be located in the home Lee used for several years until his death in 1973 and affectionately called “the crow’s nest.”

I read an article in mid-June about the sale of the house to help victims of the recent quake, and thought that was a noble effort Lee himself would have approved of. The owner of the house now says that all proceeds from the museum will go to charity. This is a shrine I must visit, once it opens!

In other news about Bruce Lee, a fan site reported in early June that a musical titled Bruce Lee: Journey to the West is being mounted for a Broadway run in 2010. Yep, a Broadway show based on Lee’s rise to stardom. It will be based on the book by David Henry Hwang, author of M. Butterfly, and a score by David Yazbeck who wrote the music and lyrics for The Full Monty and Dirty Rotten Scoundrels. The choreography will be by Dou Dou Huang, artistic director of the Shanghai Song and Dance Ensemble.

Besides martial arts, the musical will feature Chinese opera, pop music and more as it traces Lee’s journey in the entertainment world.

This is of course, in addition to the new biopic being mounted by J.A. Media, for distribution in Asia, and China Central Television (CCTV)’s The Legend of Bruce Lee, which is currently airing in China.

Below is an extended trailer for The Legend of Bruce Lee.

Here is another trailer for the TV series.

Here is a behind the scenes featurette on the show.