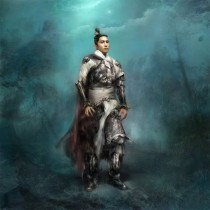 Red Cliff is getting released this week in parts of Asia. According to Variety, the nearly four hour movie is being split into two parts, with the first to be released on Thursday in China, Hong Kong, Taiwan and Korea. It will continue to roll out into other Asian countries, in the coming weeks. Yes, it will be released outside of Asia in January 2009. The rub is that it will be a stripped down 2.5 hour version of the film, and will coincide with the release of the second part in Asia.

Red Cliff director John Woo would like the film to hail his return home to Asia after years of working in the U.S.

Check out a promo reel and sub-titled trailer below.

Here are links to some of the Asian websites that producers have set up for the movie: