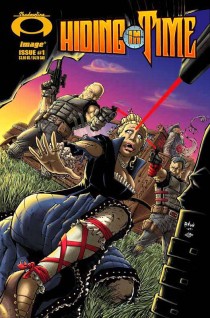 According to Variety and The Hollywood Reporter, Warner Bros. has picked up big screen rights to Image Comics’ Hiding in Time comic. The miniseries was about a government program that uses time travel to protect witnesses. When the program is compromised, a government scientist must travel back through the greatest moments in history to help a master thief rescue his old crew from assassins sent back by their former employer to kill them.

The comic was created by Christopher Long, with art by Ryan Winn. It was published by Images’ Shadowline imprint.