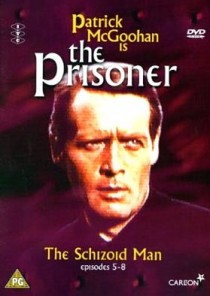 Variety reports that AMC and ITV is remaking the retro-cool Patrick McGoohan cult TV show The Prisoner as a six-part mini-series with Ian McKellen (X-Men, The Lord of the Rings) as Number Two and Jim Caviezel (The Thin Red Line, The Passion of the Christ, Deja Vu) as Number Six.

The new show is scheduled to air sometime in 2009, and was originally announced as a co-production between AMC and U.K. network Sky One.

The Prisoner will be Caviezel’s first recurring TV role and McKellen’s second, who starred in 10 episodes of BBC’s Coronation Street in 2005.

The remake will follow a man (Caviezel) who wakes up in a town called The Village and is given the Number “Six” in place of his name. If the remake follows the original series, McKellen (Number Two) will play the deputy head of The Village, which is actually a prison. In the original, Number Two (played by different actors each week) is constantly trying to get information from Number Six (Patrick McGoohan), about why he resigned from his post as a secret agent, while “Six” constantly tries to escape, facing deadly weapons and “Rover”, the menacing white balloon that acted as a surreal sentry.

While the original show, which was co-created by lead actor Patrick McGoohan, worked as a metaphor for the paranoia of the Cold War, the remake will reflect modern issues such as government surveillance and the conflict between liberty and security.

All the episodes from the original show are available on DVD in the Film Fetish Store RIGHT HERE.

I found this press release from AMC, which talks about the new series in more detail:

JIM CAVIEZEL AND IAN MCKELLEN TO STAR IN AMC’S REINTERPRETATION OF CULT CLASSIC, THE PRISONER

Six-Part Mini-Series Set to Premiere in 2009

New York, NY -June 30, 2008 -AMC, the network defining The Future of Classic, announced today that acclaimed film actors Jim Caviezel (Passion of the Christ, The Thin Red Line) and Ian McKellen (Lord of the Rings, The Da Vinci Code) have signed on to star in the network’s reinterpretation of the highly influential 1960’s cult classic, The Prisoner. AMC is co-producing the six-part mini-series with ITV Productions and Granada International, with a worldwide premiere slated for 2009. The Prisoner, AMC’s second original mini-series, combines a wide range of genres, including espionage, thriller and Sci-Fi, into a unique and compelling drama, and expands upon the network’s distinctive cinematic approach to creating high-quality programming.

Caviezel will play the title role of “Number Six,” a part that was originally made famous when played by Patrick McGoohan. McGoohan also served as the creator, producer, writer and director of the 1960’s series, which has become widely regarded as one of the most famous and intriguing cult TV series ever created, permanently altering the scope of the fantasy genre. Two-time Oscar nominee Ian McKellen will co-star playing the role of “Number Two.”

“Jim Caviezel and Ian McKellen bring an incredible level of talent to the project, and we’re honored they are taking on these important roles. We look forward to this production revitalizing a classic and bringing Patrick McGoohan’s brilliant and captivating story to an entirely new generation of viewers,” stated Charlie Collier, AMC’s general manager and executive vice president. “The caliber of Hollywood talent AMC is attracting further validates our programming vision and our successful strategy of producing quality cinematic originals that stand alongside our library of iconic movies.”

“For those of us who were watching grown-up TV in the 60s, The Prisoner was dangerous, exciting and challenging TV. For those of us who were too young to stay up to watch the series, it casts a long shadow. You don’t embark on something this iconic without the best team around to do it justice for a whole new era. With Bill Gallagher as writer, Trevor Hopkins as Producer, Michele Buck, Damien Timmer and Rebecca Keane as the UK Execs, AMC as production partners, ITV as UK Commissioners, and Jim Caviezel and Ian McKellen leading the cast, we have that team on board. I can’t wait,” said John Whiston, Director of ITV Productions.

“Bill Gallagher’s new version of The Prisoner is an enthralling commentary on modern culture. It is witty, intelligent and disturbing. I am very excited to be involved,” said Ian McKellen.

While the original series, which debuted in 1967, was a riff on Cold War politics, AMC’s reinterpretation will reflect 21st Century concerns and anxieties, such as liberty, security, and surveillance, yet also showcase the same key elements of paranoia, tense action and sociopolitical commentary seen in McGoohan’s enigmatic original.

“The Prisoner spawned an enormous group of zealous fans who thrived on each week’s psychological twists and turns. AMC’s version brings The Prisoner back to primetime, and we’re tempted to discuss more details, but in the spirit of the series, what you DO know, may hurt you,” said Christina Wayne, SVP of scripted original programming.

Jim Caviezel first received critical recognition for his role as idealist Private Witt in The Thin Red Line. The following year, he gained further recognition with roles in Ride with the Devil and Frequency. His roles as Jennifer Lopez’s love interest in Angel Eyes followed by his work in The Count of Monte Cristo helped to establish him as a versatile actor and leading man. Caviezel was then chosen by Mel Gibson to star as Jesus Christ in the film The Passion of the Christ. The film went on to become one of the highest grossing movies of all-time and made Jim a household-name. Most recently Caviezel played against type when he co-starred opposite Denzel Washington in the thriller Déjà vu.

Ian McKellen is one of the world’s foremost stage and screen actors and has been honoured with more than 40 International awards. Most recently, he received critical acclaim and an Oscar nomination for his portrayal of “Gandalf” in Peter Jackson’s Lord of the Rings trilogy. McKellen’s work has spanned genres from Shakespearean and modern theatre to fantasy and sci-fi, with other major film credits including Gods and Monsters, X-Men, Richard III and The Da Vinci Code.

The Prisoner mini-series is a co-production of AMC and ITV Productions; the deal was brokered by Granada International, which holds international distribution rights. Bill Gallagher (Conviction, Clocking Off, Lark Rise To Candleford) serves as writer and executive producer, along with Michele Buck, Damien Timmer, Rebecca Keane, and AMC’s Charlie Collier, Christina Wayne and Vlad Wolynetz. It is produced by Trevor Hopkins (Dracula, Poirot), and directed by Jon Jones (Northanger Abbey, Cold Feet). Jim Caviezel’s deal was coordinated by ICM. Creative Artists Agency orchestrated the deal on behalf of Ian McKellen.

AMC is a multi-platform network that celebrates classic movies and high-quality scripted series. Among the elite services available in nearly 93 million homes (Source: Nielsen Media Research), AMC defines what it means to be a classic movie network today, creating a distinctive viewing experience that celebrates all that is enduringly cool, personal and powerfully relevant about movies. AMC’s comprehensive library of popular movies strike a meaningful chord with its audience, and its critically-acclaimed slate of originals all have a cinematic quality that allow them to complement and be complemented by some of the best movies of all time. AMC is a subsidiary of Rainbow Media Holdings LLC, which includes sister networks IFC, WE tv and Sundance Channel. AMC is THE FUTURE OF CLASSIC.

Find out more about the original “Prisoner” Patrick McGoohan at his website www.patrickmcgoohan.org.uk.