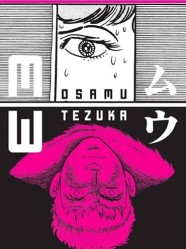 Japan-based D.N. Dream Partners is producing the live-action thriller MW, based on the comicstrip by manga icon Osamu Tezuka.

The film will commemorate the 80th anniversary of Tezuka, who died in 1989 at age 61. Tezuka created Astroboy, and is considered the god of manga for his massive impact on the art form.

Hiroshi Tamaki will star in the film.

MW revolves around a secret U.S. chemical weapon that accidentally leaks and eradicates the population of a southern Japanese island. Michio Yuki (Hiroshi Tamaki) survives, but emerges from the ordeal without a trace of conscience.

Hitoshi Iwamoto (Tatta hitotsu no koi, Gyarusa, Nobuta wo produce) will helm the movie, which began shooting April 20th in Thailand and is scheduled for release in 2009.